When you tell people something in a conversation, do they walk away knowing it’s the truth or do they have to think about what you really meant to say? Follow this story and see what actions you would have taken to honor your word as the truth.

Tidewater, the company I own with my brother, was awarded Department of Defense projects in several U.S. locations. We were to provide grounds maintenance for military family housing.

In April 2009, one contract was at Fort Huachuca in Sierra Vista, Arizona. The base commander made a decision to work with Michael’s Military Housing (MMH) to manage itsfacilities. We were to partner with MMH and provide the grounds maintenance for this location. We had agreed to theproject on a Friday at approximately 7 p.m. EST.

One of the biggest problems was that we were to start the contract on Monday, approximately 48 hours away. We assured the base commander and MMH that we would begin the contract at 7 a.m. Monday their time with no problem. They seemed a little unsure of our plan to pull this off in about two days.

For that to happen, we needed to drive across the country and have trucks, trailers, equipment, management and labor to start the job at Fort Huachuca.

Here’s what happened as the clock started ticking.

I, and two employees (Skip and LeRoy), loaded up two trucks, a trailer and equipment and left at 7:30 p.m. EST Friday evening. We drove more than 1,650 miles to El Paso, Texas, and arrived at approximately 10 p.m. local time on Saturday. We then got up at 6 a.m. and drove 360 miles to Fort Huachuca, arriving onSunday at 1 p.m. local time. After assembling the equipment and moving into our building, we checked into the hotel Sunday at 11 p.m. On Monday at 7 a.m., we started the contract with MMH.

I can’t think of a more important character trait than honesty. It’s something I taught Abbie and Annie every day. I told them that there were going to be people who were smarter, faster, tallerand richer than they were, but the quickest way to lose respect in their community, marriage or friendship was to be known as someone who did not speak the truth. 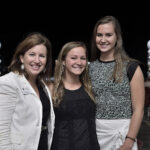 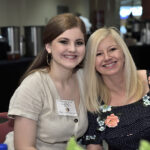 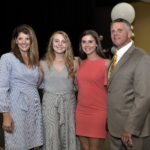 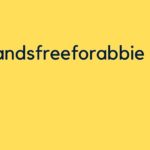