Each year the Abbie Deloach Foundation awards scholarships for the Nursing Program at Georgia Southern University (GSU) and the Kinesiology Department at the University of Georgia (UGA).

The GSU Nursing program prepares students to promote the health of all populations. Georgia Southern University’s School of Nursing receives accolades each year not only for its impact in Georgia but nationally it has been selected as one of the Best Master of Science in Nursing (MSN) ranked number 50 out of 866 programs analyzed.

The Georgia Southern Campus where the Nursing Class are held has a commemorative garden named in honor of Abbie and each one of the additional 4 nursing students who died in the accident.

When visiting campus you may also pass the Nursing Angels Bridge.  The bridge was named in honor of the nursing students and intends to be a reminder of their commitment to helping others and inspire those who pass.

Many of our nursing scholarship recipients come from a family of nurses and have known from a young age they want to help others.

Anna, Abbie’s sister, as well as Jimmy are alone at the University of Georgia.  Jimmy’s major was education.  The College of Education houses the esteemed Kineseolgy Department at UGA.

Having recipients at UGA combines Abbie’s love athletics, education, and helping others with her family’s appreciation for an education from their alma mater. 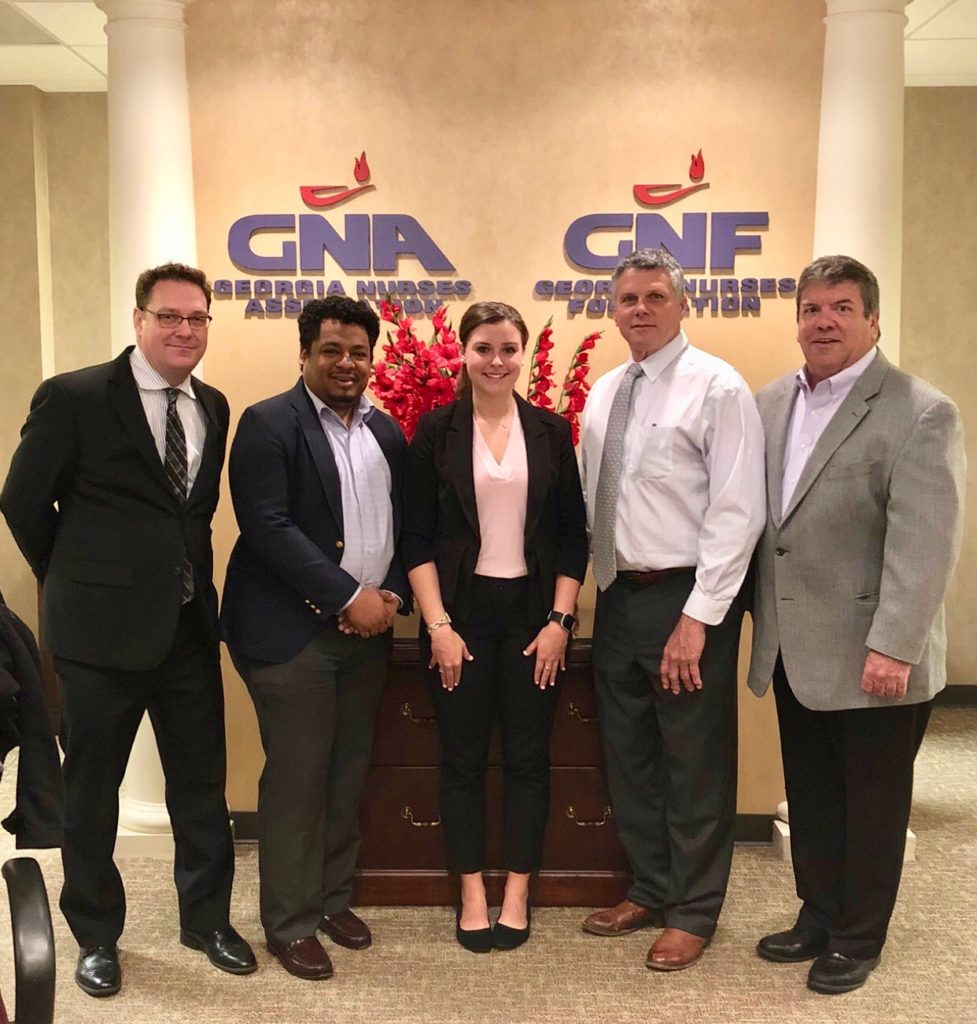 The Abbie DeLoach Foundation is also proud to partner with Georgia Nursing Association. The Georgia Nurses Association is the largest professional association for registered nurses in the State of Georgia. Their Mission: Empowering Georgia nurses to lead change and improve health. Their Vision: To be the prominent association in Georgia transforming health through advancing the practice and profession of nursing.