Motivation is unique and personal to each individual. What motivated Mark Spitz, the nine-time Olympic gold medalist? What motivates you to get up in the morning? I learned one important lesson about motivation while coaching football with Coach Russell at Georgia Southern University (GSU).

GSU was playing East Carolina University (ECU) in Greenville, North Carolina, on Oct. 18, 1986. Both teams were scoring so many points that it seemed the final score might be 70-75. This was the homecoming game for the ECU Pirates, and we were losing.

It was not a good night to be the defensive coordinator or a position coach on defense. It seemed like every time ECU touched the football, they scored a touchdown.

I was responsible for the kickoff coverage team. Our offense, with All-American and All World Tracy Ham at quarterback, was keeping up with the high-scoring game. The problem was that, when we kicked the football to ECU, they would always return it to our side of the 50-yard line. It meant they did not have to snap the ball that many times to score or be in field-goal position.

What I learned from Coach Russell that night, as I stood in a doorway and looked out toward the field, was about team motivation and delegation. It’s been about 35 years since the actual event, so I’ll paraphrase what he said.

“Coach DeLoach, do you see that bus parked over there?”

I answered immediately. “Yes, sir, I do.”

“Well, if you want to be on that bus going back to ‘the Boro,’ ECU better not get past their own 40-yard line.” (The “Boro” is Statesboro, Georgia.)

I was one focused position coach, because the ride was about eight hours long (when the bus didn’t break down).

I knew I had to get the guys focused on the same objective. I thought about different options. Then I realized the best motivation was just given to me.

We lost the game 35 to 33. Yet when we pulled into Hanner Field House, in Statesboro, I remember looking at my guys and saying, “Wasn’t that a nice ride?”

Motivation is about who is going to be affected the most. In some cases, that will be you, and you’ll make decisions and take actions on your own behalf. Other times, you’ll do both because of someone you care about, or even a stranger. What’s important is knowing what motivates you, and why. 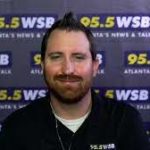 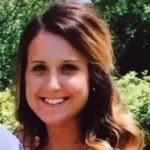 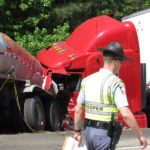 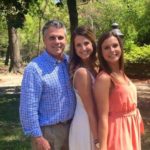