My first day on the campus of Georgia Southern College (GSU, now Georgia Southern University) was in 1984. I had taken a position as a defensive position coach working for Coach Erk Russell. (If I have to explain to you what sport that was, clearly you’re not into SEC college football.)

That day, I met with Coach Russell to complete the necessary steps for starting work in the fall. As I sat in the waiting room, I could see smoke coming from his office. I thought it was on fire. When I went in to speak with him about my responsibilities and all that was expected of someone in this position, I extended my hand toward him to shake his hand, as businesspeople often do. He turned my hand over and dropped a set of keys into it. His words surprised me.

“Coach DeLoach, I want you to drive to North Carolina and pick up a guy who will be standing by a windmill that looks like the type from the Netherlands.” I looked at Coach Russell as he continued. “You won’t miss him, because he is 6 feet, 2 inches tall and weighs about 300 pounds.”

I walked out of the office and got into a four-door Ford Escort. I then drove to North Carolina, found the windmill that looked like the type from the Netherlands and saw the player standing beside it. When he got into the car, it just about tipped over because all the weight shifted to the one side.

We traveled at night and, after getting back to Statesboro, Georgia, close to 2 a.m., pulled up to the Hanner Field House. This was all accomplished before GPS and the other gadgets that can find you a gas station and places to eat along the way.

As we were unloading, I smelled cigar smoke. I knew that smell. Coach Russell never checked on us to see if we needed anything, but he was nearby. I got the new player into his room and made sure he was OK. Then went home to get some sleep and be ready for another new adventure with Coach Russell.

Many years later, as I look back on that first experience working with Coach Russell, I’m left with this takeaway about why people like him are successful in their personal and professional lives: He loved me like his own son and respected and honored me as a young man with so much to learn about life. And he motivated me to exceed my own expectations and limitations.

I’ll never forget Coach Russell and the impact he had on my life. We all need that kind of caring and dedication. 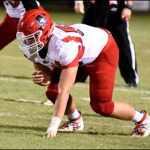 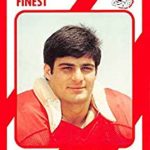 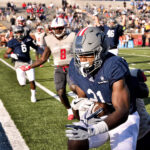 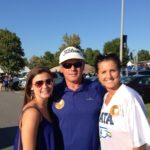